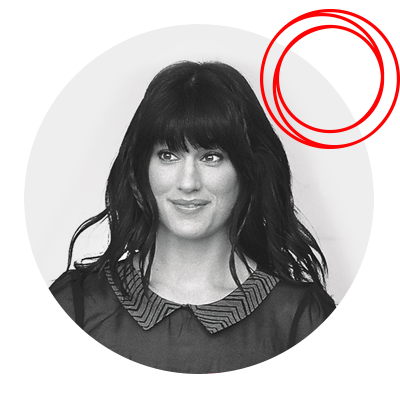 ScoutDurwood
Comedian and Musician
“If you can’t dazzle them with talent,
baffle them with bullshit.”
Scout Durwood is a chanteuse/comedienne, as well as one of six starring cast members on Oxygen’s “Funny Girls,” a docu-series following the lives of six female stand up comedians. After years of working as a cabaret singer in New York City, Scout relocated to Los Angeles in 2012 to work full time as a stand up comedienne. She was recently was recently named one of The Huffington Post’s “20 Burlesque Stars to Know,” as well as Funny Not Slutty’s “10 Women Who Rock Comedy” and Stand Up Talk’s “Five Awesome Women’s Musical Comedy Acts.” This spring, Scout released her debut comedy album, “Woman of Whimsy.” She has been featured as a comedian on playboy.com, Bridgetown Comedy Festival, Chicago Women’s Funny Festival, After Ellen, Nylon, XFinity, CBS Radio, The Mindy Project, and is a proud Moth Storyslam champion. She stars in the webseries Who Will She Kill Next with Heather Anne Campbell, and is the host of Truth or Dare, a monthly comedy show at Bar Lubitch in LA. She is an alumna of both the CBS and NBC Diversity Showcases, and her one woman musical, Hi, How Can I Help You? debuted at The Edinburgh Fringe Festival and was produced thanks to a grant from The Brooklyn Arts Exchange. She takes pride in spreading laugher and joy wherever she and her ukulele may roam.